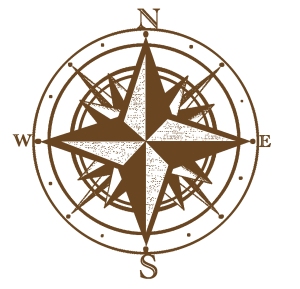 I am a very logical thinker, which affects everything I see and do.  For instance, when in a new place, if I have access to a map as we travel, I am able to lock that logical and organized information into my memory bank.  It becomes my reference when remembering various places I’ve been, and I “see” places as being up or down, to the right or left on that two-dimensional mind-map.  Thus, if I am in the north of a country, I talk about going down to something that is farther south (on the map).  Likewise, I would only speak of going up when heading north.  Why am I telling you all this?  To explain my confusion as I read about going up to Jerusalem in the Bible after I had been there in person.

I never noticed this phrase so much before, though I’d read the passages many times.  The ones of particular interest were of Jesus in Capernaum or Nazareth speaking of going up to Jerusalem.  These places are north of Jerusalem, so why would He say go up when He’d be going down?  Immediately around Jerusalem, it is true that you have to go up to get there, due to the hilly terrain and Jerusalem being on one of those hills.  Perhaps the people had all been there for the annual sacrifices, and would relate to climbing the hills and steps to enter the gates.  Also, Jerusalem is higher than many of the other places of the Bible in altitude above sea level, but, did they use that information then???

All this makes me wonder if it the statements might be more of a spiritual declaration, one that most people living then would have had no trouble grasping.  They understood Jerusalem was the place of the temple, with the Holy of holies, where the Messiah was to be, and where the ark of the Presence of God was currently housed.  For them, maybe it was a place to which they had to ascend, spiritually, no matter where they were, physically.

I’m sure there’s something more to know of Jesus Christ in this.   Below are a few references from both the Old and New Testament that speak of going up to or down from Jerusalem to help us all understand and know Christ more.