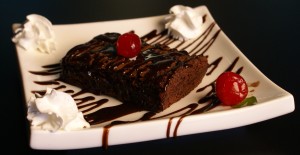 Are you hungry today?  The following words, from Hyper-Grace: The Dangerous Doctrine of a Happy God by D. R. Silva, are some tantalizing morsels to help satiate your longing.  I offer only a sample, but encourage you to read the whole book if your spirit bears witness with what is contained here.

Never let anyone convince you that God considers it “doubt,” “disloyalty” or “dishonor” if you question Him, or the leaders He has put into leadership positions.  Jesus welcomed and encouraged questions of all kinds (that’s how people learn!).

Never let anyone convince you that faith means to quit asking questions in favor of silent obedience to your leaders.  Not only is that a lie, but it’s blatant manipulation and behavior control.  The only ones who have done that kind of thing throughout history are cult leaders and tyrants who were afraid their followers would learn to think for themselves, because a single question can be the most powerful weapon against fear and tyranny, and one question has the power to topple an entire empire.

Don’t ever underestimate the power of a question.

Your questions are the greatest weapon you have against deception, manipulation and tyranny; never let anyone disarm you.

If your leaders are trying to teach you to fear them, it’s time to find new leaders.  The only reason they would want you to fear them is so you will do whatever they say without asking questions.  That’s not the church or Christianity that Jesus founded; that’s something else entirely.

Don’t let your leaders disguise fear as “respect” or “honor.”  There is a huge difference.  Respect and honor is something you give naturally, not something you have to be coerced and guilt-tripped into giving reluctantly.

Always line everything up with the person of Jesus.  You didn’t become a Christian to follow me or any other church leader; you became a Christian to follow Christ.  If something doesn’t line up with Him and what His life demonstrated for us (that is, those in the new covenant), you can safely conclude that it’s no good.  And if it’s tested and found no good, you will know not to hold on to it.  (I’ve written an entire book about this subject called It’s All About Jesus.)

. . . Being loyal to me as a person doesn’t mean you have to be loyal to all of my ideas; that goes for every other church leader as well.  If they mistake disagreement with disloyalty, then they have an ego problem.  Don’t let them try to bully you into thinking you’re the problem for not agreeing with them.

Join 50 other followers
Follow To Make Christ Known on WordPress.com