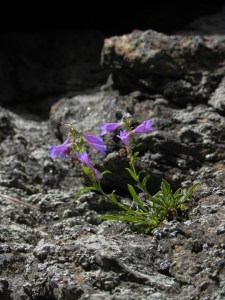 When I read this passage in John, I could go no further.  It’s not that I’ve never read it before.  And it’s not that I’ve never thought more about it.  For some reason, though, I heard what I would likely ask Jesus as a follow-up to His response.  “Yes, I do believe in You, Jesus . . . but what else?”  Or, asked another way, “Yes, and then what do I do?”  Both questions reveal that I really don’t believe as fully as I think, because I think He didn’t tell all of God’s requirements.  Yet, His answer to me would remain, “Believe in the One He has sent,” or, “Only believe.”

I know I’m not alone as I struggle with this simple answer that is contrary to the self-defeating mindset that I must do something to be in God’s good standing besides “just” believing.  But that’s just it.  The good news of the gospel of Jesus Christ is that He has done it all.  He has paid the price for me, for us, to be in good standing with our heavenly Father forever, and there is nothing that will ever change this truth.  Even if I never pray again, never read the Bible again, never fellowship with other believers again, never worship, praise,  . . . you get the picture.  If I truly believe in the One He sent, in Jesus Christ the Savior, I have done all Daddy requires.

Now, if I only believe in Jesus and His finished work, never reading the Bible, praying, etc., I won’t come to know Him more intimately.  Just as with human relationships, deepening relationship with Jesus requires time and effort.   In the same way, though, if I do those things in an effort to prove something to God, myself, and others about my sincerity (or some other equally wrong reason), I don’t know Jesus any better either, because it’s all for the wrong reason – I must, I should, I have to – rather than just to know the One Who did it for me already.

Somewhere between not doing anything at all, and doing it for the wrong reason is the reality of the gospel.  The reality says when you really believe in Jesus and what He has done, you will want to know Him more, and want to understand more fully what He has already done for you.  Then, the more you know Him and grasp what He has done, the more you want to pray, read His Word, praise, worship, love as He loves, fellowship, forgive, etc.

I really do understand this.  But there is still a big part of me that wants to do the works for all the wrong reasons.  Though I’ve been walking out of it little-by-little, Holy Spirit has arrested me with these two simple verses in John.  Maybe my Daddy says it’s time for me to step completely out of the bondage of a works mentality and into a much greater place of freedom in Christ.  I’m just going to believe.  What about you?

To know Christ and to make Him known – not because we have to, but want to, for we believe in Jesus, Whom our Father has sent!